Rose and Emily: were they friends?

Home » Rose and Emily: were they friends? 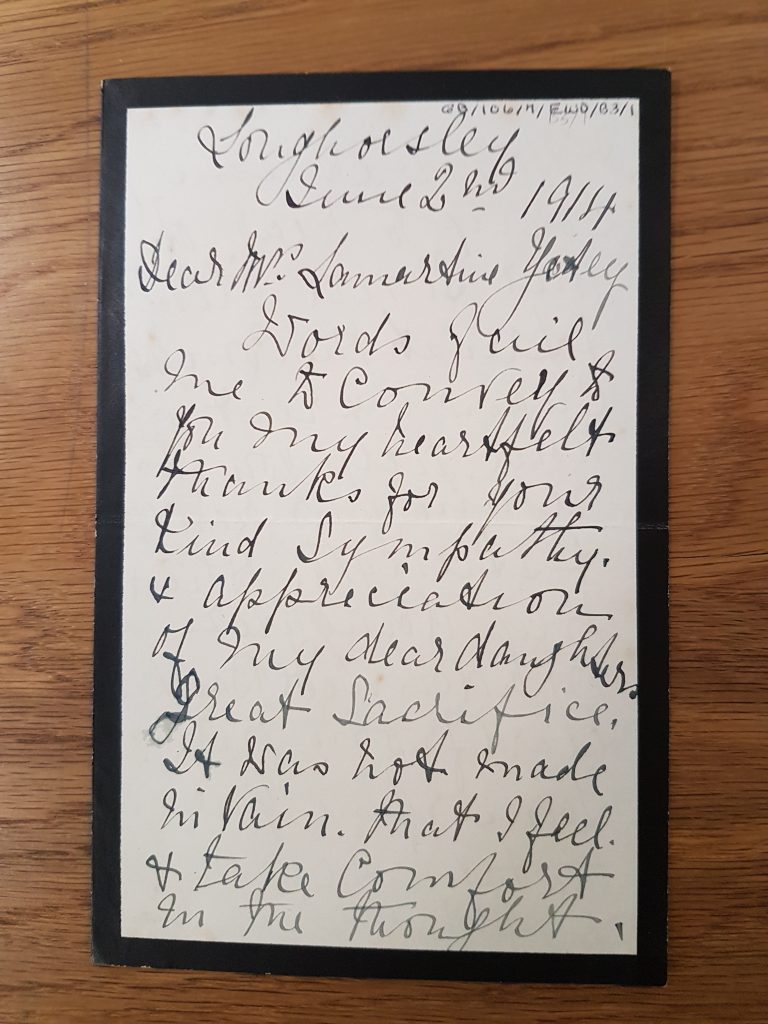 There has been some discussion whether Emily Wilding Davison was a good friend of R L Yates. we have been contacted by historian Margaret Scott who offered us these letters as support.

One is from her half-brother Captain Davison who stayed at the house Dorset Hall after Emily‘s death and for the inquest.

Tom Yates represented the family at the inquest. The second letter is from Emily’s mother Mrs Davison to Rose.

Margaret Scott writes:
“I’ve had a look through my notes and found a reference to EW Davison and Rose Lamartine Yates who were both due to speak at Wimbledon Common on Sunday 8 May 1910, as reported in the May 1910 issue of Votes for Women. I hope that helps to strengthen the connection between the two women.